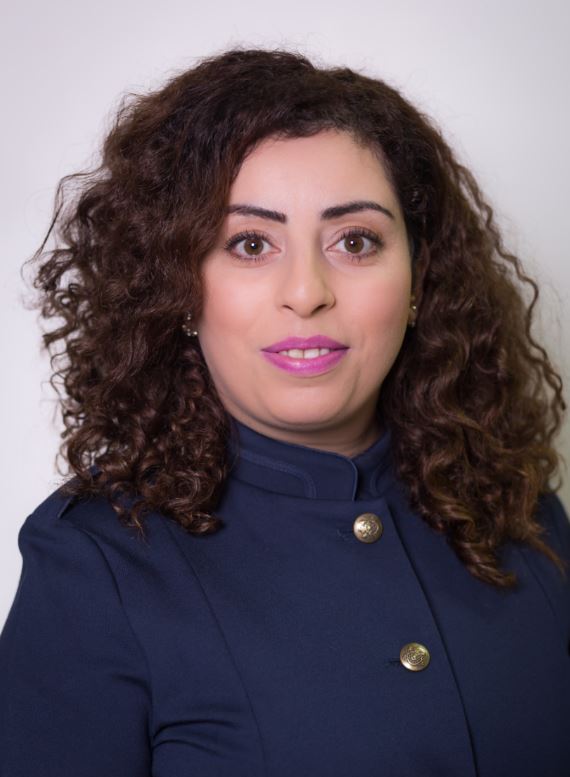 "My Fulbright experience made me discover a new me. It affected me personally and professionally, inspired me, and widened my horizons."

Born and raised in Nazareth, Haya Khaldy graduated from Saint Joseph High School- Almotraan. She then commenced on her academic career at Petra University in Amman Jordan, where she completed her BA in English Language and Translation in 2009. The same year, she was selected to participate in the Fulbright Foreign Language Teaching Assistant Program (FLTA) where she taught spoken Arabic to college students at the University of Richmond, Virginia. Reflecting on the impact of this dynamic nine-month program on her life and outlook, Haya says: "My Fulbright experience made me discover a new me. It affected me personally and professionally, inspired me, and widened my horizons."

Following her return to Israel in May 2010, Haya pursued further professional training and earned her Teacher Training Certificate at the Arab Academic College of Education in Haifa in 2013. She also gained hands-on experience working as an English teacher at Ort High School in Nazareth and as a trilingual translator of Arabic-Hebrew-English at "Andalusia Translations."

During her studies at the Arab Academic College of Education in Haifa, Haya collaborated with Dr. Randa Abbas, the Dean of the College, and two American colleagues from Westminster College, Pennsylvania. All together, they produced and presented a poster in March 2013, at the 38th Annual Conference of the Association for Women entitled, "Patriarchy, Parent-Daughter Relationships and Women’s Future Orientation in the U.S. and Israel."

Haya's participation in this unique Israel-US cooperation continues today: she contributes to cross-cultural research on stereotypes and perceptions of the “other” conducted by Dr. Randa Abbas and Dr. Sherri Pataki from Westminster College. Further, last month Haya traveled to the US as a guest speaker at the invitation of Westminster College to speak about the Arab community in Israel and to participate in an international dialogue project called "Breaking Boundaries."

During this visit, Haya provided cross-cultural education in relation to Israel and the Arab minority community.  She spoke in multiple classes, participated in a student dialogue on the Middle East sponsored by the Student Government Association, and gave a formal presentation on the Israeli Bedouin community in a campus presentation. In addition, she also taught seventh and eighth grade students at Sharpsville Area Middle School who are participating in two international dialogue projects with Israel, "Breaking Boundaries" and the "Book Sharing Project."

In 2015, Haya began her M.ED in Language Education at Arab Academic College of Education in Haifa. These days she also works as the English Coordinator and as a homeroom teacher at a new school in Nazareth, the "Dr. Khaled Suliman High School."

Haya is also an active, contributing Fulbright-FLTA alumna, volunteering as a guest speaker at FLTA Program outreach sessions and as a FLTA selection committee member.

Haya can be contacted at [email protected].