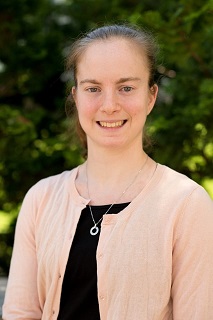 "My Fulbright experience in Israel was an exceptional opportunity for professional and personal development. I worked with wonderful mentors in the Ciechanover lab who helped me become a better scientist; and, on a personal level, I gained many lifelong friends, including my Israel CrossFit family.”

A native of Philadelphia, Sara Rubin began her academic training at Princeton University where she earned her first degree in Chemistry, with high honors, and a certificate in Engineering Biology and Applications of Computing.  Complementing her studies, Sara began research at the University of Pennsylvania, Department of Radiation Oncology, and later at the Children's Hospital of Philadelphia in the Division of Endocrinology/Diabetes. She also joined the American Chemical Society and served as its Student Chapter President.

In the spring of 2014, Sara completed her senior thesis on the topic of thermodynamics of central carbon metabolism in E. coli, baker's yeast and mammalian cells, using carbon labeling experiments and metabolic flux analysis. She then commenced on her Fulbright Post-graduate fellowship at the Technion- Israel Institute of Technology in the lab of Israeli Fulbright alumnus and 2004 Nobel Prize Laurate in Chemistry, Distinguished University Professor Aaron Ciechanover. There, she worked as a research assistant in the Rappaport Institute, in the Faculty of Medicine, investigating the regulation of ubiquitin-proteasome system machinery.

An athlete at Princeton, Sara continued her active lifestyle during her Fulbright experience, and even branching out into something new, "CrossFit." A novel sport that incorporates strength, endurance, and technical movements at high intensity, CrossFit can involve running, jumping, swimming, biking, Olympic lifts, etc. Sara met new Israeli friends by joining CrossFit Haifa and participated in CrossFit Haifa competitions, both as an individual and as a team member.

Upon returning to the US in the summer of 2015, Sara entered at Harvard Medical School, where she is currently an MD-PhD candidate. Specifically, she is pursing an MD in Health Sciences and Technology (HST) and a PhD in Immunology. Sara also serves as the Immunology PhD Program Class Representative and as a MD-PhD Steering Committee Member.